Oniria Miniatures’ main goal is to rise the quality and realism of small scale historical figures to higher levels.

This quest for excellence will benefit the enthusiast of these figures whether he’s a collector, gamer or painter. We want to offer, small scale figures with a 54mm-figure-quality (both sculpting and casting).

If our faithful costumers allow us to produce more sets, we’ll keep on bringing new sets to the market.  Oniria Miniatures will grow (or not) depending on what painters or modelers decide.  Every release is a challenge for us. A lot of passion, thoughts and doubts lies behind each set. After it’s released, it’s in the hands of the hobbyist to tell if we succeeded or not with our work.

Oniria Miniatures’ market space is narrow. From one side he 28mm market is mainly focused to wargamers who in most cases, place quantity before quality. On the other hand, figure painters usually prefer bigger scale figures to showcase their painting skills.  Our objective is to produce figure sets to appeal painters from both sides.

One thing to consider is the controversial “scale issue” that affects 28mm figures.  Given the accurate proportions of our figures, they are a bit taller than the average 28mm wargaming figure, which are in most cases out of proportion, so in scale, our figures are 1/48.

If we were to produce our figures as tall as the other 28s, the scale would have to go down to 1/56 which would be too small for what we want to offer in terms of details and realism. 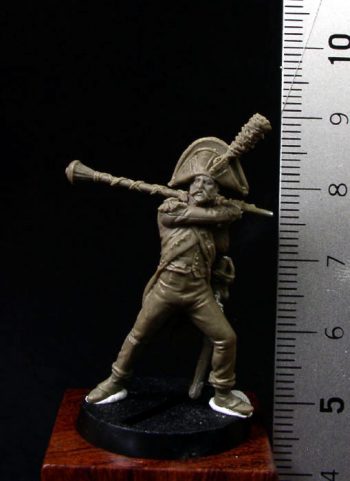